Dance of the Day was = “The Tide is High” by Blondie

I needed to get things done in the office today as yesterday was a disaster with getting home after midnight and not being done with my 365!!

So I have done it before, done my dance of the day in my office – had some people pass, but today was crazy!! Soooo many people passed!! And there was people visiting people next to me, and others coming to say hello! Did they all get a memo to come and interrupt the girl called Zoe who is trying to sneakily dance her 365 criteria in her office??!!!

I’m stupid though as I chose a super long song! Why oh why! So there was a lot of stoping and pretending to be doing work!!

This of course inspired my video upload 🙂

Had a hard time keeping my eyes open today! I had terrible and weird nightmares last night and every time I dozed it returned to the crazy but I can’t remember now what it was all about. I used to write them down in a book next to my bed but haven’t done that in ages! I wish I could remember these though as they were so odd and weird and I believe supernatural…probably inspired by me watching “Heroes” on Netflix these days!

Today I yearned for a cup of coffee to keep me awake!!!!!!!!! Damn the no-caffeine rule in pregnancy….poo poo!

With the ipod on shuffle it comes up with all kinds of songs and today’s brought back sooooo many memories! My friend Charlie and I danced to this song back in boarding school at the school talent contest and WON! Which was crazy as I kind of remember there being a bunch of very talented acts and there we were behaving like techno/rap BOYS…and won!! And you know what we won? We won tickets to go see a taping of “Stars in Their Eyes” up in Manchester. So we got a free hotel room, I believe also the train tickets up, and then live audience seats! To those that don’t know the show it is a British TV show that is a talent show that rates individuals on impersonating who they are singing! It’s actually quite funny….here is a little taste of it…

I wish someone had recorded our Boom Boom Boom dance! I would love to see how ridiculous we looked!! I can’t remember any of the moves that we spent ages practicing in the school gym…but I do remember flicking Charlie over my shoulders at some point! 🙂

And the school audience voted for us!! They must have been whack-a-doo that day!!

Now it seems that whenever I put on a techno song that is not that well-known or not my favourite or not a hit, my dance becomes an aerobic workout! I just can’t dance normally to them…I try! I try to slow it down and “dance” to it but it takes over! I am ruled by the beat haha!

It is the kind of music that I play at the gym (when I go to the gym) so I do associate it with lots of bouncing and hardcore movement…but I think it also becomes aerobic from my guilt of always walking as my cardio, but in busy times it seems it’s all I can do right now. 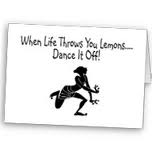 Dance of the Day was = “Lady Madonna” by The Beatles

It was the first time I crossed over the bridge on the L Train to Williamsburg since I started my 365 Challenge. It wasn’t so bad on the tip-toes. I thought it would be long, but nothing compares to that stupid R Train!! So far that is the worst and longest tip-toe experience. I want to avoid that one! However, haven’t tried them all yet.

Had to show an apartment in Brooklyn to some potential tenants and one of them was Australian. So after he came and left, I had some time before the next appointment and used the Australian as inspiration for my video upload. I became an Aussie fast-talking crazy Real Estate Broker!

I also managed to do my fitness 365 in between appointments too at the apartment, and my dance of the day. I closed myself in the bedroom and pumped out The Beatles to dance to. It was a tribute to my hubby Stuart of course – the biggest Beatles fan ever – I figured I would have to dance at least once to his fav band in this challenge 🙂 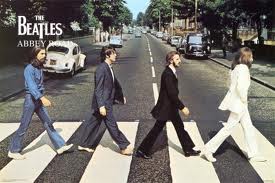 I took the bus back from Brooklyn to Queens this time – it was a long ride to not be allowed to sit. And there was traffic. I sooooo wished I could sit down, just for a second. I dream of that day!!

Dance of the Day was = “Freed from Desire” by Gala

An array of a day!

I didn’t mean to walk as my cardio today again to the office from NYU after the Chlamydia mock trial I had this morning, but I was on the phone to my dad and suddenly realized that I had walked all the way to the office! Funny I didn’t notice. Odd, actually.

I had a super busy day today. Mock Trial and then work and then had expense work I do every few months for a real estate broker up at Brown Harris Stevens. I hadn’t been there in a while and had to finish the rest of her 2011 expenses so it was looooooooong and only got back home at midnight!!

Once I figured out it was going to be looooooong I realized I had to do my 365 during some breaks in the expenses or once done. It’s quite an eerie office, especially at night when everyone is gone….in this case I have to say “usually” gone as for some strange reason a few brokers were still there! I love having the place to myself and was hoping for this especially since I had to 365, but no no no that would be too easy apparently!

Hence a crazy office video upload! Tried to do something without anyone noticing!!

The song I also did at BHS after I had finished the expenses. I turned out the office lights and put on a classic favourite song I used to love to club to when I was little. It made me laugh as I never knew the lyrics so used to fake them when I dance. I do that a lot. I sing out loud while clubbing and not sure I have all the lyrics to everything but I appear to HAHA!! 🙂

Dance of the Day was = “Uprising” by Muse

I had a hard day today.

Dealing with some family news so been pretty preoccupied mentally today. Wasn’t in the mood for any of my 365 criteria so it made it hard. Kind of numb. Really tired. Not really in the mood to write right now either.

TEQUILA 365: What do you do with leftover birthday cake??

TEQUILA 365: What do you do with leftover birthday cake??

TEQUILA 365: “just a dab of tequila here and there makes the bags go away”