Dance of the Day was = “Girls” by Beastie Boys

The bump is seriously out there people!!

I am sporting a big ol’ bumpity bump! I will have to post some photos as its ridiculous! Although time is running out…..ahhhhh!!

I finished the whole of What To Expect When Expecting book! Which is quite the feat of someone who does not read! It’s a huge book of toooooo much info!!

So one book down, onto the next one ahhhhh! This is soooo not funny for a non-reader, so all of you who know me are surely laughing at me now!! You poops!!

Speaking of time running out though….went shopping for items for the hospital and my hospital bag!! That’s just weird and scary!! And crazy!! My mum is trying to be prepared in case the little schmonkie comes early, as my brother came 3 weeks early – granted he was my mum’s second child, and she was apparently doing a lot of things and over-doing it…but I’m apparently over-doing it and so she wants to make sure it’s packed and we have everything! 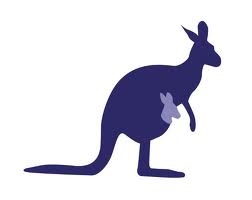 I got overwhelmed and tired so sat down at the back of one of the baby stores, in hiding!! I sat down on one of those pretend back seats of the car on display, next to the baby booster for the car seat that was being shown as part of this setup – I probably was not supposed to be sitting on there! But no one said anything 🙂

I did get some weird looks from mothers pushing their strollers past me though!!!

Dance of the Day was = “Desaparecido” by Manu Chao

Today I had my Queen Charlotte’s hospital appointment early and then after went baby shopping – a lot of baby shopping – or rather window shopping really. Regardless…it was too much!!

It was an overflow of baby-ness!!

And sooooo tired now! Feet are soooo painful 😦 Probably not the best thing when my feet are already swollen and I am carrying my whale-ness on my small high arched feet!!!!

I was up super early for the appointment and then on my feet all day at the mall going from one baby store to another with my mum. Literally a baby store overload!! And we have more, so much more, to do and get and look at and….and…..and….

It’s another one of my overwhelmed “and….and….and…” moments haha!!!

The hospital seemed to go well this morning. I wont know until all tests are in though. I have to go back again tomorrow for my glucose gestational diabetes testing – already did this in NYC but they want to do their own testing….so fasting again tonight and then another 3 hour testing with a gross glucose drink and set of three blood tests ahead 😦 And then have another hospital appointment next week. I assume they are rushing things along as I am already past 34 weeks!

It didn’t hit me that that was the hospital I will be giving birth in….strange!!! So strange.

Sidenote: had to do the non-sitting on all four buses I took today as per my 365 challenge of not sitting on public transportation. It was annoying. I found it quite hard actually today as its been a while since I had to be on a bus or train! My mum could not understand why I could not sit down!