Was up early today. And no sleep. Sleep is getting worse….I can feel movement and I am uncomfortable in every position, and feel like I’m cramming the little monkey in any position. And then I’m awake and have to pee….lovely cycle!! Every single night!

Anyway, I had to be up early because we had someone coming in to do some work on the flat I am staying in, something that was planned a while ago for when the flat will be rented out again, but also would be useful for us, so my mum wanted it to be done before the little monkey comes. 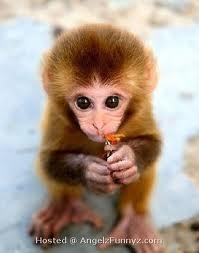 I am at 38 weeks now which apparently means that the little monkey is at almost 20 inches and there is just no room in there. Seriously. How can that length fit in my belly???? Seriously!

It must be crammed cabins in there. Tight quarters! And the little monkey is moving around A LOT!!! He is obviously not happy. He is fighting for some room in there.

I feel bad that there is no room in there.

So, little monkey, this is for you…

Sorry little monkey that I’m not sleeping well and not letting you sleep, or schmooshing you in my positions.

I’m sorry I’m eating and making less room in there for you little monkey.

I don’t know where you a fitting right now but I sense from all your movement and pressure you are giving me, that you’re crammed. I don’t blame you little monkey and I will put up with all that for you.

And if you want to come out earlier little monkey because you need more room, I won’t blame you either.

Dance of the Day was = “Soul Rebel” by  Bob Marley

Today and tomorrow there’s been a heat warning issued! Great! That’s all I need!!

It was one of those “wipe the sweat off your upper lip” days!

I had to speed walk to catch the subway this morning to make it to my glucose screening test I had that was early, and boy was I wiping the sweat away after that mad dash! I tried to put on the loosest clothing but had no time this morning so ended up wearing some preggo clothes that were given to me from a friend, but they are huge – so not only do I look like a giant sack of potatoes BUT was one of those sweato’s on the subway, that you watch sweat drip down, and don’t necessarily want to be too close to them in the rush hour squeeze 😦

Don’t you just love it when you feel sweat drip down your back! Or better yet, gather in between your boobs!! 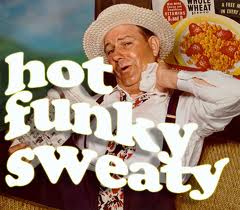 Then of course the flip side to that is then you freeze when you go anywhere as the A/C is on – and in the USA it is pounding in ever store/place you go, like the waiting room at Quest Diagnostics I had to wait 3 hours in to complete my test!! Hot then COLD!!

It was for my glucose testing this morning, that is a routine 26 weeks pregnancy test, where I had to be fasting the last two days with no simple carbs or processed sugar, and then nothing after midnight last night, and they take blood three times, once an hour. After the first blood draw they give you a bright orange drink to down as fast as you can – it was disgusting! But had to be done! The biggest problem is fighting the nausea and wooziness as you can’t eat or drink water from midnight, and I get nauseous anyway with an empty stomach let alone now even more so while pregnant, so by the third hour  I was in the corner trying to get through. Ugh. Not fun. They tell you to pack a snack to eat after you’re done with this test so you know this must happen a lot.

The waiting room did feel like I was in a play though with the noise of the door creaking open as new people came in, the sign-in routine, and the characters – there were many! I captured a bit on my video upload – no words necessary! Just watching is intriguing and tells a story, or several stories.

People are so fascinating to watch in a waiting room!

Dance of the Day was = “Is This Love” by Bob Marley

I figured out why I have issues on the 7 train in the mornings going to work – heat! It’s too hot! There is no air or A/C on the 7 train and it’s boiling which is not like the other trains, or at least it doesn’t feel like the other trains. The other trains feel cooler. I am sure my association to that horrible one morning is still a factor that gets to me as I seem to be better on the 7 train when coming home, but this morning I started to feel crappo again, and then I noticed how hot I was. I was hot in the office the worst day I had nausea weeks ago. I was hot that horrible day on the train.

I can’t be too hot otherwise something happens to me.

If this continues on the 7 train though I might have to change my route even though that is the most convenient and quickest route to work, I felt sick again this morning and I can’t fight it every morning. Ugh.

It must have been a nausea-on-train-day today though as I felt sick again on the train going from work to Harlem to show an apartment . Although, again I felt sick later on…and by later on, I mean now while writing this. So, today something was going on. I am going to the doctor’s for my check-up tomorrow morning so will have to bring things up like this, not being able to sleep, and that weird pain I felt. I got a sharp pain in my stomach a few days ago when I bend over and it shocked me. I got really emotional later on when I got home that day. It was my first time I realized that there was something I could hurt. I just started apologizing and I got scared. I got a similar sharp pain a few days later but it was not so bad, just a glimpse, but again I got emotional.

And now I get emotional off and on since then.

I get moments of reality. It’s scaring me.

TEQUILA 365: How to make a Tequila Shot Slushie