Dance of the Day was = “Lean Wit It, Rock Wit It” by Charlay/Dem Franchize Boyz/Jim Jones

I didn’t finish moving and unpacking the office until 1am this morning!! There was drama all day with the movers and the building that only got worse as the hours went by and the 10pm apparent deadline approached for the movers to be done. They had to move out the whole office suite furniture for the others in the day and then it was supposed to take from 6pm-8pm to move us all up to the 18th floor with the furniture and boxes and items remaining BUT it was not that simple! The building wouldn’t allow the movers to use the freight elevator more than three times during the day otherwise they charge something like $180 an hour!!!!! CRAZY!!!! So, there was a delay in getting the mass amount of the building that accumulated until 6pm.

Once 6pm struck they were allowed to use the elevator again apparently as many times as we liked BUT the building said only to go up with the items!! So they battled it out and agreed to get the remaining bulk downstairs as they needed to apparently be out now by 10pm and the trucks needed to be loaded too. So half the men went down to load the trucks and then only a couple were left to move us all up to our new offices!

AND then it was something like 9.15pm and nothing from my office had even moved yet because they were doing it in order from the door and sadly our office is the furthest away, so we were last 😦

Well, why this drama was going on and the delays were growing, we all decided to carry up some small things ourselves, which I know, was not the thing I was supposed to be doing, but I couldn’t sit around. So I carried up small things and then ran out of those, so discovered that things on my shoulder were better so filled the large Ikea bag and carried up some things….and they were a little heavy, and I know I know I wasn’t supposed to be doing that when pregnant. I was smart though in my defence as I had to resist the urge to just take the crazy heavy things up, but I didn’t!!

The bump was in my way!!

But, it was a constant reminder to take it easy, so I guess that was good 🙂 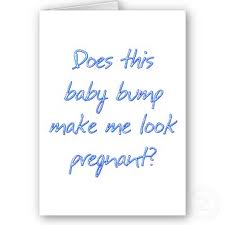 Anyway, it was a long day and a late night, so was able to sleep in….and guess what…I could not! My body and back have been achy these past few days so needed to rest but ugh, sleep is rough these days. Somehow I need to fix this 😦

Hence why my dance was in slow-mo in the kitchen when it should have been a crunk dance party.

Dance of the Day was = “No No Never” by Texas Lightning a.k.a Germany from Eurovision Song Contest 2006

Happy Valentine’s Day to all! And on that note – this will be brief as I need to go finish things for my Valentine for our late night “hello, I love you, goodnight” when we are both home 🙂 We are not big Valentines Day people…well most people outside of America are not – only here in this country is it crazy!! It really is a ploy to make money and make those that have no one feel bad…which I find sad. We are not anti V-Day or anything, but (1) Stuart is always working Fashion Week in February so there is no chance to celebrate on the day and (2) We can go out to dinner to celebrate our love when we are both free and it’s not crowded out. I think about it as another chance to tell my husband (still not used to that word) that I love him today, and so that’s not bad to me! I’m just not going to go out and buy him a pink Vespa with I LOVE YOU spray painted on it! Or should I….haha!! Now I want one!

But today is our first married Valentines, so it’s a little special-er I guess 🙂 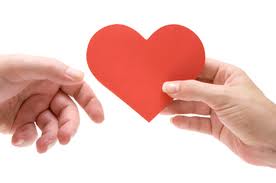 In honor of this Love Day I chose one of my favourite cute Love songs that actually was from the Eurovision Song Contest back in 2006 and it was sung by Germany – (to you Americans out there who don’t know what the Eurovision Song Contest is….ummm….google or wikipedia it….its quite a funny contest! See below for an example) Anyway, I loved this entry as it’s just cute but also feels kind of American and Country to me so it’s always funny that Germany performed it! Not to put Germany down, Germans out there 🙂

It was nice to not do the normal Euro Techno today.

Dance of the Day was = “17” by Manos Pyrobolakhs (summer mix)

I had some funny exhibitionist moments today – not that I am not always an exhibitionist because I know I am…but I just find it funny when I notice it outright.

Had a hectic run around day today, with an Aussie Belvita commercial audition in the middle of it that was sprung on me last minute so looked a mess! But I still found a way to play “the sex” in it somehow…and I am not really sure looking back that it was necessarily called for, or a good choice…hmmmmm. But I went with it! I rocked up to the audition in sweatpants for my later tech for my show after, so was completely underdressed, not showered and had no clue which dialect I was supposed to be using! I watched how others around me transformed into beautiful audition persons from the bathroom as they readied themselves, so I had to do something! 🙂

I decided to do my improvised acting video in that odd outside part I had found in one of the stairways at the office. It opened up to an outside elevator shaft that dropped into an abyss 17 flights down that is quite scary – so played out some sort of anxiety scene with the huffing and puffing, however, if anyone had walked past in the hallway on the other side they might have thought I was having sex out there! When I listened to the recording that’s what I immediately thought of…and you know what, I secretly was hoping someone did walk past and think that 🙂

I again decided to do my dance on the street outside of my apartment. I had on my coat and layers and such so was funny but it is soooo nice to dance in the brisk weather and with room around, and of course with potential viewers! It was a Greek summer dance hit and it was short but with the amount of people passing on my side and the other side of the street, and the lights on from all the apartments above, it made me transform and perform for them! I actually started doing dance moves that could potentially, to the observer, look like I am practising some sort of dance choreography – which I kind of liked and went with – and added some boob shakes around here and there of course 🙂

Some hints of my exhibitionism today…