What a long day today!! We started training at 8.30am and just finished now, almost 11pm!! Holy Moly!! The one great thing about this intense dance/singing/rehearsal residency is that it fits my 365 criteria in quite nicely, especially with the fitness requirements! This morning, Neva, a fellow Loom Ensembler, led us in an intense Physique workout before the group workout and, with both, I managed to get my cardio, push-ups, sit-ups and one plank in. It was super intense though…my legs were BURNING! So not sure I will be able to walk tomorrow! 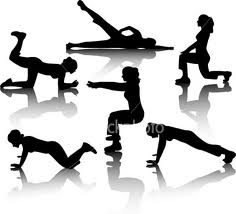 Being out of my bubble in NYC I thought would be hard with my 365 Challenge, but actually what I have realized is that I am more aware of it and fitting it in where I can. So every break I try to get something in as rehearsals don’t end until way late that I just can’t leave it all to the last minute, otherwise it will become a chore – and that is ultimately what I am trying to avoid with this 365 Project. I don’t want to feel like it’s a chore to get it all done in the day, but that it becomes something I have added to my routine, that I ENJOY!

Today, during our “lunch break” I managed to get my dance and video upload in. I finished earlier and just wandered to the space, and Mike, another Loom Ensembler, was playing piano in the space until everyone came back to start again. And the distant sound of the piano inspired a video as I looked out at the woods outside – that became musical, and also sad. But it was set up with the sound I was hearing, however, I am not sure if the piano made it onto the upload. Then though I only had like 3 mins before rehearsal started again so found the shortest song quickly and danced away! Nothing like a little bit of Shakira to get you going 🙂 Apparently my dance song was audible from some of the cast – and I love that they just went, oh, she’s doing her dance of the day And thought nothing of it! HAHA!

TEQUILA 365: How to Keep Tequila OUT…or ask for it IN…