Cardio was = Jumping Jacks/Leg Jumps onto a Bench (no idea what to call this exercise really!)

Dance of the Day was = “Womanizer” by Britney Spears

I couldn’t sleep at all last night. I was a wreck today – so so tired. Didn’t feel like sneaking in some of my 365 criteria along the day today as was just not in the mood. I also feel quite sore mainly I think from the foam roller stretching exercises I have to do – has anyone used a foam roller before? I was told by the PT to get one and use it daily as my muscles are extremely tight and it turns out my tight muscles are what is affecting my knee, which I am not allowed to run on. Rolling myself over this roller on my calves and sides of my legs friggin’ HURTS!!! It’s enough to make you cry, seriously! I know it’s for the good but holy mother of mary!!!!!!!!

NO PAIN NO GAIN

Who invented that stupid phrase anyway???

No sleep and also being on day 4 of just fruit and veg is also not a great combination. I am not sure how long I will stay on this fruit and veg only detox thing I invented. I have done it for a whole month before!! But that’s extreme….yes, I know, my middle name…but it’s not very healthy to do that and one of my 365 criteria is “Eat Healthy” so I can’t be on this detox forever….although what a challenge to do fruit and veg for 365 days!! WOWZA! Get it out of my mind! Out, I say!! Let’s not encourage me to do that!!

I got out of rehearsal earlier than expected today which was nice but then had to still do so many criteria like the Acting Improv, Dance of the Day, and my effing Cardio!

So, I have complained about low volume dancing and it not being enjoyable so soft, but now I don’t know what’s worse – low volume or dancing with the ipod and headphones on. I thought this would solve the loudness I want but where to put the ipod is an issue. Tried in my back pocket of my jeans and then it made my trousers fall down so kept hiking it up. Then shifted to putting it in my bra, which I normally do with my sports bra when I run in Greece or anywhere as I don’t like to hold anything – but a regular bra is not so supportive so kept falling out too. And the stupid earphones need to be pressed back in over and over. It ruined my Britney song and I LOVE BRITNEY SPEARS!!!!!!!!! Sad. (The experience, not me, so stop shaking your heads at me!!)

I ended up inventing my cardio on the way home in sketchy Athens Park! Was just spitting with rain so decided to do jumping jacks amid another exercise = swapping legs up on a bench up and down (hard to explain – no idea what to name it really). Anyway, made my pulse race….so check! 🙂

The sketchy men in the sketchy park though were watching me with their sketchy eyebrows raised…..oh how I love silent judging from strangers! 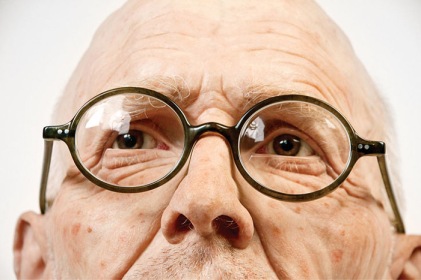