It still amazes me that people don’t know I’m pregnant at all! As I feel HUGE!! How can they not see how HUGE I am?? Or my bump that now is there for sure?? I know I wear baggy clothes as Zoe but now I feel even those can’t hide the bump! But just today, my director and fellow actor on our lunch break in rehearsal found out, and they said they had no idea!  They even said I don’t look pregnant!! That’s just like WHAT??!!

It also amazes me that I can’t walk fast! I’m on a crazy schedule these days with having to go to work early, then dashing to rehearsal downtown and across town, then back to the office after, so a lot of walking (which is good to accomplish my daily 365 criteria), but a lot of rushing with this time schedule….where my usual fast NYC walker Zoe would come in handy…I just can’t seem to walk anywhere near that pace!!

I am on a time restraint constantly – I am always rushing – but I can normally cut it close as I can rely on my fast walking, but now am cutting it close and just can’t seem to pick up any pace! I can feel the “uncomfortableness” in my stomach which then forces me to slow down but also my calves and tendons in my legs are so tight and inflexible that they just won’t push past a certain point anyway. I need to obviously do some serious stretching and more of my foam roller exercises to ease that up a bit.

I had an incident when I was racing for my boarding school, my first year actually, where it was super cloudy out and we were training on the mountain, and it was just white everywhere. Anyway, hit an unseen bump and literally touched my nose on my skiis in front without my boots being released since they need to be tight in race mode, but it stretched my calf tendons to the max and never recovered properly. 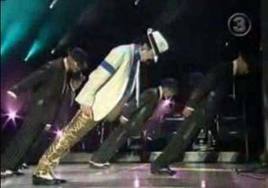 If only it was that graceful!!!

I was in France and they had no clue what to do, and I did not go straight into physical therapy or anything – instead adapted and tip-toed everywhere and raced for my school as I didn’t want to let my team down. And so since then I suffer when I walk a lot – I can feel it with shoes that don’t support me well or if I walk too fast or too much, especially uphill.

I must look hilarious when I walk!

I am working so hard – sweating and pushing forward with my upper body when the rest of me won’t follow, with my big heavy backpack on! I must look like a hunchback bent over, going on what feels like a snail’s pace!