Dance of the Day was = “Hot Stuff” by DJ Liakos feat. Craig David

Its the 26th and the little monkey is still holding on! Four days late now!

My mum read the leaflet they gave us at the hospital yesterday about induction and the processes and everything and now it’s funny as she has flipped to the other side!

Sex seems to be the hot topic with her really in general as a means to start labor! Just now she called down on the internal phone line and asked what I was doing and then said:

“Finish your blog and start bonging!!” HAHAHA!!! (I did love the word bonging!! Haha!!)

I mean, all day she has been talking about it!! It didn’t help that my older brother called to check up and said that for all three pregnancies he would have an 8am quickie towards the end and avoided the induction date!!! That’s just great!

Sex is the stereotype to encouraging labor…I mean it is everywhere, but it is funny as my mum I think thought it was just a joke like what they say in the movies…but now she knows its real and
apparently effective she won’t stop!

And it IS everywhere – it’s mentioned all the time…on TV, movies…and it seemed to be mentioned on the exact programs she was watching today coincidentally!!!

I got an earful of info from Keeping up with the Kardashians show she watched…which mentioned how foreplay and making out stimulated labor….so then my mum started asking me about what gets me excited and all the different types of foreplay…and stimulation of the breasts…

Too much! Too much!

I quickly left to come down and finish my blog!!

I understand she wants me to avoid anything that’s not going to naturally encourage labor as that is ideal but what a day of sex talk!!

Never thought I would see the day when my mum would be telling me to have sex!! 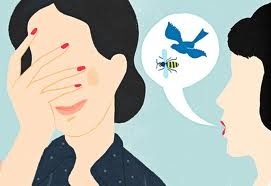 Dance of the Day was = “Jump” by Flo-Rida feat. Nelly Furtado

I went to bed after 6am this morning!! Apparently I am keeping true Spetses hours just with no alcohol!! Haha!!

I didn’t actually mean to be out so late as I was so tired. But I kept getting stuck! I had to go see my brother, then dinner, then a drink with older bro at younger bro’s bar, then walking to steal Internet to do stupid blog and stuff, and then walking back, and then of course I got stuck at Rendez Vous!!! And then the blisters made me walk super slow home, and then since we have a landline at house I was able to speak with Stuart after a while, and then I realized I hadn’t done my 365 push-ups and sit-ups and planks!! And then the sun was rising!! CRAZY!!!

It truly is the best place ever. The best island. So beautiful. So many memories.

It is the little schmonkie’s home….as well as the UK of course.

I leave again tomorrow which is sad – a day and a half is just nothing. I can’t see everybody or do everything, but I guess being here for any time is better than no time. I came to see family, primarily Thanassi which I am trying to do amid the crazy schedule and Thanassi’s work schedule. Actually snuck out to steal some Internet while the laundry is going that I put on for my bro as he has done nothing since he arrived here as work started! Trying to help a bit!!

Of course while stealing the Internet I am also having a chocolate milkshake right now!! I actually came here specifically for a mocha milkshake as they are the best but they don’t have any mocha!!! So was going to have the famous waffles but will have to squeeze them in tomorrow!!

It’s funny – as soon as I started drinking my milkshake the little schmonkie started bubbling like crazy!! I guess he liked it haha!!

The little schmonkie then had its first Spetses milkshake. As well as his first swim in the sea!! The Greek doctor told my sister-in-law that she could not swim while she was pregnant and I heard that a lot yesterday when I said I was going to jump in today. What?? I had never heard of that so my parents checked with their gyno doctor friend and of course he said I’m allowed to go into the sea!! So I had a little dip! Literally it was like for a minute haha!! But it was nice. I had a lot of eyes on me as I went in and sat in the sea….the Greeks are crazy!!

I was also told that I should not ride my moped because of the risk and the bumps and such. So i walked everywhere last night annoyingly, and with stupid shoes on that I found in the cupboard as my trousers were too long, which sadly gave me blisters!!! Despite the fact that those platform sandals are old and from when I was young, they obviously are not cut out for the heat or walking!!! I mean, how would I know if they were good for walking?? I never walk in Spetses usually!! I am the moped girl haha!!

So….after some walking all morning/day and my feet hurting, I made an executive decision to take my moped down to the Internet place and just go slowly. I mean I look like an old grandma at the speed I’m going!! But much better!!! Of course, more stares along the route as they watch the pregnant bump drive by!!

Have to finish up now as have a long last night ahead on my little sleep….I actually felt drunk going to bed this morning as was so tired! And of course just sitting at Rendez Vous bar I was drunk from association haha!!

TEQUILA 365: How to Keep Tequila OUT…or ask for it IN…