Cardio was = Walking with Heavy Backpack on

I crossed the river into Manhattan FOUR times today and so that meant I had to do FOUR tip-toes on the subway 365 criteria, when usually its just twice a day. Super annoying that was! I should have detailed it to only be maximum twice a day. UGH! Ah the fine print! 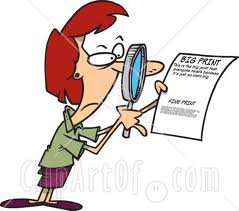 The fine print that I created?? I’ve lost it! What fine print?? HAHA!!

I am rushing off to my opening night tonight of my Loom Ensemble show “Erosion: A Fable” so had to get everything done in between the day of craziness! It’s a 10pm show and I have a few 10pm shows in this run so I will have to try to get it all done before the show as after I will be home super late and have a feeling that will be the last thing I want to do! It’s proving quite the challenge though to sneak in this 365 🙂

Dance of the Day was = “Sweet Dreams” by Annie Lennox

I had to get everything in early today as today is a full day of Loom Residency until 6pm and then I leave to drive back to NYC in time for my friend Clare’s arrival from the UK. So I managed to actually fit a bunch of it in during the slot where most of the others did some yoga before our official warm-up at the start of rehearsal. I actually had plans to get up a bit earlier and do everything but those plans failed when the alarm went off and I decided to not get up!! 🙂

I also did my dance while they were doing yoga – went down to the children’s playroom away so the music wouldnt disturb them, but dancing at 8.50am is hard!! It was freezing down there and hard to dance – just soooo not awake!!

Managed to get the rest of the 365 criteria in at lunchtime, so set – will have to be quick tomorrow too as long again…it feels like every day is long!!!

BOO! And then some more BOO! 😦

Dance of the Day was = “Rise Up” by Yves LaRock

Improvised Acting Video I uploaded to my other blog, I refer to as = “Snow Dare”

Well…..I made it through TWO WEEKS!!!!!!!!!!!! WOO HOO!!!!!!!!!!! I know it feels small compared to 50 more to go or however many days that is left, don’t want to think about that really, so I must focus on the positive!! I got through two whole weeks, 14 whole days…I think that’s pretty pat-on-the-back worthy 🙂 Only problem is I feel like I was way stronger at the start and was going way harder, or was hitting it harder, as they say?? I feel like I need to…. 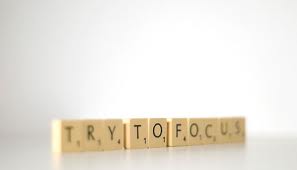 I am focused, and then I sometimes just veer off a little now and again. Bottom line is I am tired and my body is tired and I have a lot going on these past few days….I need a break and soon! I long for a day when I can sleep in, or have nothing in my planner. I just looked at the rest of January and there isn’t a single day I have completely free! CRAZY! I am not even going to look at February as that’s when my show is at LaMama so I can only imagine how busy I will be!

I just feel a little rundown and worn out but I keep trying to push forward and use different muscles or twist different ways while dancing, (tonight there was a lot of jumping in my dance!), so I can work out everything and rest parts at the same time….that doesn’t even make sense! HAHA!! I must be tired!!

This next week ahead is tough. I will be leaving town for three days for a residency with Loom Ensemble, the theatre company I am currently in rehearsal with for our show next month. We are going into the woods for a sort of retreat, but an intense 10 hour day working retreat….my first test away on the 365 Challenge. I already planned for it though as I ordered myself a mini foam roller in order to comply with the stretching exercises as the foam roller is one of them – and the foam roller I have at home is huge! But, I had to get a mini one to travel with anyway as will be away a lot this year. Oh, please raise a glass with me to what lies ahead and let’s drink ourselves silly!

What NOT to do 365: blow up the Big Mouth…with my big mouth…

What NOT to do 365: outerwear or underwear…

What NOT to do 365: squeeze you some fresh juice, I workout, I got this…