Cardio was = Walking in place

A very blah day. I am not feeling so good today and can’t seem to shake it. So I have been lying down off and on instead of doing the one million things I need to be doing. I am so super tired, I can feel it, but can’t nap so its been a rough day so far 😦

Since I am not feeling so good I have been taking it easy today with my 365 – having to do it at random times and not all at once. On days like this I start to dislike this challenge sadly and so wish I didn’t have to do it. But then I know I have to go as far as I can and I also know that keeping a little active every day is also good for me and the pregnancy, as long as I don’t over-do it, I know I know.

I actually thought that the planks and push-ups would get easier considering I have been doing them for 83 days! But then it hit me – D’UH!! – I am carrying extra weight and that keeps increasing so its like I am my very own personal resistance machine!! No need to increase the weight dial like at the gym, as it will be happening on its own! It’s like I am that spinning resistance dial on the front of the bike that you have to dial up when they yell at you to do so, but I guess I am gradually going up anyway – there’s no going back down!

Or this is my excuse at least, and I am sticking to it!! 🙂

I have modified my sit-ups a little already to be more side-oriented and not full on front or intense, as they say that your stomach muscles relax anyway for the stretch of the baby so then what is the point of doing any sit-ups other than I HAVE to for the 365 challenge! So, I have made them about the sides instead. I will have to probably go onto all fours later on and do the cat thing as my sit-ups or something as I will not be able to continue the fatter I get!

I haven’t modified the rest yet, but I know I will have to as I go along – trying to hold out as long as I can. I have noticed that the one criteria that is not getting enough attention or has decreased is my vigor and dedication to the stretching 365 criteria. I have marked it off as not that important when I have to get things done in the day to satisfy the 365, so its been minimal, and it shouldn’t be. Especially as that is why I am not really allowed to be running or jogging or anything as it hurts my knee and some stretching exercises were supposed to alleviate it, or help, if I followed them daily and exactly. Ugh. My stretching has not been that good lately. I will need to try to find some strength to make it mentally important again and soon.

Dance of the Day was = “Holiday” by Dizzee Rascal Feat. Chrome

Late with the blog as had a looooong day. Up in MD for my film shoot. Wanted to get up early, before the free breakfast that comes with the room of course, and go to the hotel gym or do my 365 before my on set call time, but that alarm went off and I was not a happy bunny. I had a crappo sleep even though was in a King Size bed – kept waking up thinking I would miss my alarm for the film shoot!! So, it was even more disruptive than my usual disruptive sleep 😦

So had to get all my 365 done after the shoot had ended as there was just no time or place to do so on set, especially since I was playing  a dying mother, so crammed it all in after. Good thing the hotel gym is 24 hours 🙂

A funny thing happened at the gym though…

Was on the elliptical machine, which may I add was broken, as kept turning up the resistance until it reached the max 20 and nothing changed! There was no way I was a bionic woman doing level 20!! HAHA!!

So there I was on the elliptical and this guy comes in and gets on the treadmill about half way through my 30 mins. I kept catching him looking at me or checking on me through the glass in the front reflection, so I assumed he was perhaps waiting for me to be done to get on the elliptical as there was only one machine in the mini hotel gym. But I couldn’t do anything about it. I also saw him mouthing to himself and saying some things out loud through my headphones, so I assumed he was watching sports or something on the TV in front of his treadmill. I was watching Alvin and The Chipmunks!!! It was the only thing on!!!!!! AHHHHHH!!!

So, once I was done I still had to do my push-ups and other fitness 365 to do so grabbed some water and started on the floor behind the machines.

Suddenly I hear “C’mon!” and “Monty!” shouted out by the guy, so when I get a chance I look up to see which game he’s watching and….the TV is NOT ON!!!

So….his name is Monty? And he is yelling at himself? He keeps checking me out in the reflection, so is he trying to impress me? 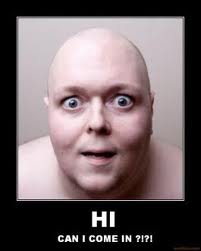 Dance of the Day was = “Rocking” by Phunk-a-Delic

Improvised Acting Video I uploaded to my other blog = “Wardrobe Disaster”

I was doing sit-ups in the office bathroom foyer section when someone came in. Normally if I’m doing push-ups or planks or something and someone comes in I still have a split second to jump up off the floor as if I am on my way out, but this time I only managed to get up to my knees when this woman came in, so had to think quick! I pretended to tie my shoelace that was…already….tied….not sure she bought it!! Not my smartest move!

I had a funny realization today that could have been a complete disaster! The full explanation is on my video upload of the day but I ended up not really looking properly at what I was wearing and had to go to my mock trial meeting this morning and then the office…and you COULD SEE MY FRIGGIN’ LACY BRA through a COMPLETELY SEE-THROUGH SHIRT!! No joke! Watch my video upload 🙂 UGH!!

Cardio was = Walking with Heavy Backpack on

I crossed the river into Manhattan FOUR times today and so that meant I had to do FOUR tip-toes on the subway 365 criteria, when usually its just twice a day. Super annoying that was! I should have detailed it to only be maximum twice a day. UGH! Ah the fine print!

The fine print that I created?? I’ve lost it! What fine print?? HAHA!!

I am rushing off to my opening night tonight of my Loom Ensemble show “Erosion: A Fable” so had to get everything done in between the day of craziness! It’s a 10pm show and I have a few 10pm shows in this run so I will have to try to get it all done before the show as after I will be home super late and have a feeling that will be the last thing I want to do! It’s proving quite the challenge though to sneak in this 365 🙂

Dance of the Day was = “Bhangra Night Rider” by Punjabi MC

I noticed a funny thing today, which I should have noticed weeks ago!! I am doing and have been doing my fitness and stretching 365 criteria backstage when I am not on stage and today, only today, after weeks of doing this, I realized that I have been doing all this in my costume – my homeless pregnant costume! I play a homeless pregnant woman in my play (that opens tomorrow!!) and I wear a pretty large pregnancy belly! And all this time I didn’t realize that I had been doing my push-ups and sit-ups and planks with all this on! Layers and layers, gloves and a pregnancy belly!! HAHA!!

Yup, I am clearly retardo!

And on that note…

Retardo here walked again as my cardio…in the rain….with my long trousers on dragging in the wet….and my trainers on that have mesh holes….wet….again!

And…one of my favourite songs came on, and in honor of my friend Nandita who is getting married in India soon that I sadly can’t attend, I tried to do some full-out Indian Bollywood moves and….yeah….not sure that was anything but RETARDO!! 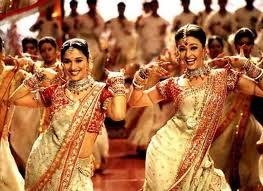