Cardio was = Gardening – with Trimmer and Rake

Dance of the Day was = “To Kokkino Foustani” by Eleftheria Arvanitaki

What would I do without my blackberry??

I have had in and out reception since I have been in the UK and it just makes me realize how reliant I am on my blackberry working. And when I have no reception or messages won’t send it is really really annoying!!!!!!!!!!!!

What does that say about me though??

That I can’t live without my blackberry??…..TRUE!!!

That I feel lost without my blackberry on me and working??…..TRUE!!!

That I get super impatient and constantly try to change the networks in order to make my blackberry send messages faster or receive them or do something??……TRUE!!! 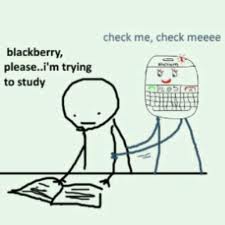 Being a blackberry addict doesn’t make me a bad person, does it??

It means I am constantly stimulating myself and exercising my brain and of course you have to consider the finger and hand fitness!! HAHA!!

I am not alone though!!

Let’s face it – EVERYONE is addicted to their phones! Especially you iphone users!!! You can’t deny that 🙂

Dance of the Day was = “Don’t Stay” by Laura Izibor

This morning I noticed something…

I was on the subway and was on my blackberry, of course, when the train announcement started yakking – usual blah blah blah:

“…delayed because of train traffic ahead”

Even though there was no train traffic ahead as I waited for the train for ages so we all know that is an automated message to explain any pause in the journey.

“…careful of your cell phones…” something something.

Got it – don’t expose money and any valuables in case of theft…which happened to me by the way.

Someone stole my cell phone out of my corner pocket of my backpack – which was my fault as I was carrying things so put it in there for a brief moment and then I felt it being stolen! Seriously! I felt the guy behind me take it, or push against me – and I immediately reached for it and it was gone!

The guy was still behind me as we were getting on, so I turned around and basically asked “Did you just steal my phone?” over and over as he replied over and over with “No!” while we were still moving onto the train. And just like that the subway doors shut in front of me and I was on the subway and he was still on the platform!!!!!!!!!!!!

UGH!!! That was a frustrating moment. I was ready for a fight but really I don’t know what I would have done as he was getting up in my face, as was I, before those doors separated us. A little scary.

But all I cared about was my blackberry!!!

Anyway, got sidetracked there!

So these announcements were going on – one about train traffic and then about watching out for your valuables that we’ve all heard a million times, and then came something like:

“…when an elderly or pregnant person is standing near you, please offer your seat. Courtesy is contagious and it begins with you.”

And again we’ve heard it a million times, but for some reason today it hit me that that message was talking about me now! That I was now in that category! It was weird – as soon as he said a pregnant person, it resonated right through me.

It just made me feel funny! 🙂

Dance of the Day was = “Chiki Chiki” by Guzel

So early in the morning, so tired, texting on my phone, and then I hear…

“What is that? A smartphone?”

And that’s how it all began!!

I look up to see a middle-aged quite large man standing next to me who started chatting to me about how he doesn’t have a cell phone, and he must be the last New Yorker not to own one, and he’s an accountant, and has many friends all over England, and has lived in Astoria for more than 40 years, in a house his father built actually, and he watches the theatre, and has a good friend who is big in the Yiddish theatre community, and really, he was sweet!

I, of course, am too nice so could not resort back to texting and emailing and ignore him, especially as we rode the N train together and then also switched to get on the 7 train together, as we were both going to Grand Central! And, I just feel bad and can’t just turn my back, so was chatty-von-chatto all the way from Astoria to work!

Right before we arrived at Grand Central, he said…

Me: “I am sure we will bump into each other, I always see the same people on trains”

Him: “That would be great to ride the train again with a pretty lady like you”

Did he not notice the ring on my finger?? (that I did not try to hide but instead hold up on the pole I was holding on to near his eye line!)

Or the bump?? (I even opened up my coat and leant back!)

Trust my luck, I will probably see him tomorrow morning again!!!!!!!!!!