Virgin365: day two hundred and thirty-five…Shot of Raw Sugar (even the camera had enough)

Dance of the Day was = “Flower” by Moby

Improvised Acting Video I uploaded to my other blog was = “Carrots”

All the books I have been reading say that the kicking and movement in my pregnant whale bump belly should be less now and/or less pronounced – which makes sense as there is less room for the little one to move in at this stage.

There has been no slowing down of movement. Or less kicking/bubbling.

There has been MORE!!!

I’m constantly bulging at the top of my belly with his feet prodding out all over! Happening right now as I type! Happens ALL the time!

And these prods are BIG still, not minor like the books say.

Does that mean that the little one is going to be the next Hulk Hogan?

Or is he getting so fat from all that I’m eating that he is super uncomfortable in the lack of space and fighting to find some room?

Or is he kicking me to show me his rebellious and naughty side from now so that I can be prepared for what the next decadeSSS will be like ahead?

Or is he trying to push down to get out?

I guess we will have to see.

In the famous words of everyone around me: “it’s countdown time”!!!!! 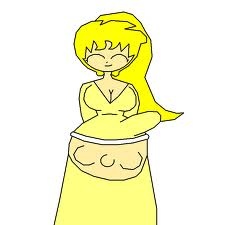 Dance of the Day was = Wedding Dance Music

We are at Lake Placid for a wedding of a friend’s of ours – never been – lovely and gorgeous here and very European chalet-esque with its Olympic history and Olympic-ness. We will have to go to take photos and look around and the town tomorrow before we leave…and get me a shot glass of course!!

Makes me want to go back to skiing and get my “been there, done that” t-shirt at the Olympics…let’s do it!!!

I sadly could not sleep at all though in our Town and Country Motor Inn 😦 Despite the fact that it was a king size giant bed so had plenty of moving around room! And there was loud air conditioner noise which I need to sleep. And I was super tired – so all was in my favor….sad. It’s only probably going to get worse the further you are in the pregnancy and closer to the end, or so I hear…and then what about the next 18 years after that!!!!!!!!! I said that to Stuart and he looked at me funny…but its true! You have the baby years, then the toddler years, then the pre-teen years, and then the years worrying when he is out impregnating the world!!! HAHA!!

I woke up at 7am and thought about jumping in the pool outside our window but looked and it was grey, and then saw the sign that it wasn’t open until 9am, so that option was out. Boo! So then spent an hour looking up places nearby to have breakfast on the off-and-on reception of my blackberry, jealously while Stuart slept!!

We finally made a move, had some Diner food – apparently my glucose level is a little elevated – heard from my doctor yesterday, so now I have to be a little more mindful of my sugar intake…it’s funny though because if I crave anything it’s always savoury versus sweet. I will gladly take french fries over any sweet thing, any day. But the nausea has made me eat more carbs and sugar to get rid of the funny tastes…but not bad sugar which would indicate high glucose like white rice, juices and pasta – which were all examples from the doctor…so that means it must be from the chocolate or something…

It’s not very high but something to be mindful of I guess.

It did make me pay more attention at breakfast – no sugar in my tea. Bought dark chocolate and organic and low sugar snacks later, after our downpour hike. Yeah, we went on a hike – which felt like at first an intrusion on people’s property….literally! Even the website said you will feel like you are intruding on people’s property. The hike path is near the lake so at the bottom of people’s giant amazing houses – we got some curious looks! Then, it heads up and inland.

And then it rained! And then poured!! We actually had one umbrella in our bag and just huddled under it for a moment when it was really coming down, deciding which way to go, and funnily enough the others appeared on the path to our left haha! It was a good thing we went in though as when we got in the car it then started hailing!!!!!

Of course later on, it cleared! Typical.

And that brings us to now. About to go get ready for the wedding, so over and out!

What NOT to do 365: blow up the Big Mouth…with my big mouth…

What NOT to do 365: outerwear or underwear…

What NOT to do 365: squeeze you some fresh juice, I workout, I got this…