Dance of the Day was = “Dare” by Gorillaz

I have now gone down to NO rings! First I took off my engagement ring and now my wedding ring!

Which I was trying to avoid but in fear of more swelling and having my wedding ring cut off or preventing blood flow or something like that, the wedding ring has now also been removed. Just a barren ring finger now 😦

The doctor the other day at my appointment advised me to do this too as my hands are swollen, and there is a clear indent from my ring when it gets bad during the day when walking, or when lying on it when sleeping.

I have noticed that my hands are swollen, and don’t seem to be really going down annoyingly. It is not super bad but noticeable. I definitely notice it in the mornings as my hands are sore and there is pressure when bending them…my feet go up and down so they are better…but it’s hot again here so that’s not helping!

My feet go down though by morning as I am sleeping with them raised, but how do you sleep with your hands raised…above your head??!! That’s not going to happen! Especially as I can’t sleep anyway!

It’s just funny though as there was a time that it felt so strange to have any rings on – in fact it still does – I look down and see my rings and have a “woah, wait what the?? I’m married??” moment all the time! Yeah, I am still not used to that. My mum the other day was on the phone talking to someone and I heard her say ” Zoe’s husband arrives on the 16th” and I was like WTF???? It’s still so weird in general but hearing my mum say it out loud was super weird!

It’s strange to be referred to as married let alone have two rings on that show proof of that every day!! However, I have to say, being so far away from Stuart has made me feel closer to him with my rings on, and so losing one when I took off my engagement ring felt odd as that completed the ring set that Stuart gave me, but now with both off it feels not right. 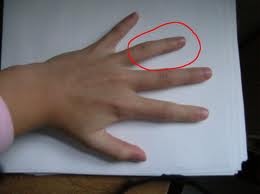 And it’s not because I believe in all that superstition that you should never take them off or that it’s bad luck – as I have had to take them off many times when acting characters that are or cannot not be married. So I have no issue with that.

But I guess i’m just saying it feels a little more lonely right now without them on. And just not right.

It makes me want to say: Sorry Stuart 😦

I tried to speed walk yesterday and again today, but failed.

I did wear my maternity belt though for the first time in a long time while I walked as I keep forgetting. So yeah, one point for me there, but, in terms of trying to speed walk, I get a minus one. I just could not do it.

I tried to speed walk but my tendons were just so painful. They are so tight that there was no way to keep up my pace.

– painful tendons in my legs 😦

Also…possibly also something to do with maybe Braxton Hicks contractions?? They say that you have these going on for a while but may not necessarily always feel them…I don’t know. I’ve got something going on that’s either that and/or pressure that causes pain – Weird!

There’s definitely some big shifting going on now “in my belly” (said in Austin Powers style)…soooo tired haha! But yeah, I can feel and see some stuff going on. It’s high up near my ribs and either from a head, hands or foot action. And it stays there for a while as a hard bulge! What is he doing in there???!!!

You little schmonkie you!! Thank you for my falling apart list!!

Dance of the Day was = “Turn Up The Radio” by Madonna

Leaving for London tomorrow so today was a day of running around. My mum is coming with me tomorrow, even though the house is nowhere near complete, but we’ve worked hard to do a lot so she can come with me tomorrow, and then she will probably have to come back and forth, I don’t know. There is time since my due date is September 22nd, but I’m not sure what her schedule will be. We’ll see.

But my dad has to stay in Greece sadly, for now, so I was assigned the grocery shopping list to get supplies for him and the house for when we are gone.

Which I thought would be easy….I was wrong!!

I went to one supermarket and picked up what had to picked up there. Took me a while, but found everything in the end. Then went to another supermarket for the rest of the list, but annoyingly they didn’t have everything, which I searched and searched for!!! I guess it’s Friday and also August so people are away for the weekend and for holidays, so they just have not stocked up with a lot.

So back to another supermarket. If only I knew that those items would not be available at the second supermarket….but I guess there was no way to know.

Anyway, in the end I got everything but it took way longer and way more effort on my poor cut up swollen feet!

So what better way to reward myself after all the grocery trips….with a SOUVLAKI!!!! My dad brought back souvlakis on his way home as the last one before I leave 🙂 And he also got desserts too!!! Now I can’t breathe I’m so full, but sooooo worth it!!

Perhaps the baby name we should be considering is Souvlaki!! Haha!!

Dance of the Day was = “Girls on Film” by Duran Duran

We had a blackout last night.

Just as I was dozing off and just had turned the TV off to sleep, suddenly the whole house went off! The power just went off and I heard a noise. Of course it was boiling so the fan went off. Pitch black!!

I could hear my parents down the hall but between me and them and the two fuse boxes lay 10000000000 unpacked boxes, and furniture pieces jabbing out, and I could hear them scrounging around trying to move and I guess find a light source.

I guess that’s why they always say to make sure you keep a flashlight by the bed, or around, or near you!!!

Which we don’t!! Seriously, who does anyway??!!

But then I remembered….on my blackberry I actually had downloaded a flashlight application!! Which saved us!! I mean, the glow of the phones can also get you somewhere, but amid the boxes and piles and stairs and furniture everywhere, we needed something stronger.

This is the new house so we had no clue where all the fuses were inside and outside or where anything was yet. So it was my dad and mum and I wandering around with the blackberry flashlight, huddled together to see, at like 2am!!

We eventually found all the fuse boxes but nothing had come down or blown so that meant after all that searching that the blackout was a general one, and not us. Although the houses around seemed to still have lights! But the power grids in Athens are not exactly connected in a line or anything logical apparently!! Surprise surprise haha!!

So being that it was a general blackout all we could do was wait….so I opened the windows as was dying of heat, regardless to whether it was a good idea or not as it could have been bringing in mosquitos but I was too hot! And I was about to lie down again when the alarm system suddenly started beeping at a super high pitch!! And would not stop!!

We had alarms installed but they were not on or functional yet but that didn’t matter as they were getting no power so were going crazy…and that is right by my room!!!!

I thought there was no way I was going to sleep through that as I went to lie down again, giving up. I mean I can’t even sleep in the perfect conditions let alone a high pitch beeping and no fan!!! But suddenly the power came back on!!! Thank god!!! The fan started and that beeping stopped!

Sadly though, that whole hour of shenanigans had now woken me up again, and now it was past 3am….so….TV back on!!! Thank god the TV guy had come and fixed mine and my parents by this point so I could watch some good ol’ Greek TV 🙂

There’s nothing quite like late night Greek TV!!!! Haha!! 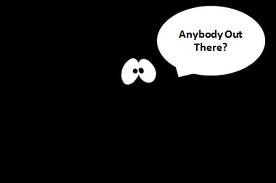 TEQUILA 365: Rolling my Tequila-la-la-la Baby to the Mother-Beeping Dance Floor

TEQUILA 365: there and back before Tequila times out